The multi-hued capital of Kathmandu is nestled in a valley cradled by green hills with the majestic snowcapped Himalayan peaks strung across the northern horizon. Kathmandu is rich in culture, where heritage temples are interwoven with a bustling and growing city. Kathmandu, which has held Unesco World Heritage status since 1979, is a beautiful melting pot of Buddhist and Hindu religions, and history with a concoction of sacred monuments, ancient heritage sites, and historic temples.

The history of Kathmandu

Once, the valley was divided into three kingdoms: Kathmandu, Patan, and Bhaktapur.
The kingdom of Kathmandu city was founded in 723 AD by king Gunakamadev. The Kathmandu kingdom was the main trading route between Tibet and India during the Malla Dynasty, from 1201 to 1779. The kingdom flourished with the construction of incredible architectural temples, structures, and monuments. The Gorkha king, Prithvi Narayan Shah, invaded the valley in 1769 in his quest to unify Nepal and made Kathmandu the capital. Kathmandu, thus, became the centre of the Shah dynasty, until the Kot massacre in 1846. In this event, most of the high-ranking officials, including the prime minister and Shah royal family members, were massacred inside the royal palace. Following this incident, Nepal came under the ‘feudal’ Rana regime for 104 years (between 1846 to 1951), which is regarded as the dark days of Nepal’s history as the country was isolated from the outside world. Following the demise of the Rana ruling, Nepal’s borders opened up, allowing tourism to flourish.
Archaeologists have unearthed remains from civilisations dating back as early as the 7th century BC in Kathmandu Valley. Archaeological explorations of Kathmandu substantiate that the valley was once a large and deep lake, with geological findings of fossil remains preceding the Ice Age.

The legend of Kathmandu

According to one legend, a buddha sowed a lotus seed in the lake during a full moon. Out of which a self-created god, Swayambhu, sprouted, and emitted a beam of light from the flower – this Swayambhu light is still believed to lie deep below the hilltop of the Swayambhunath stupa to this day. The enlightened Tibetan saint, Manjushree, came from the north, and upon seeing the beaming Swayambhu light, carved the Kotwal gorge with his sword to drain the water out of the valley. 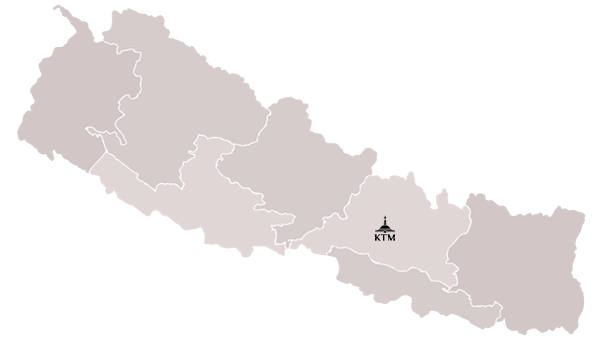