Bardiya National Park covers 986 km2, making it the largest and most pristine protected area in Nepal. The park’s forest, grassland, and river eco-systems provide habitat for over 50 different mammal species (out of which 10 are considered endangered) and over 400 bird species. Bardiya National Park has one of the highest densities of tiger population, with 87 counted Bengal tigers roaming the park.
Go on safari to track the rhinoceros, Asian elephant, royal Bengal tiger, leopards, swamp deer, blackbuck, gharial crocodile, marsh mugger crocodile, and look out for the rare freshwater Ganges dolphins. 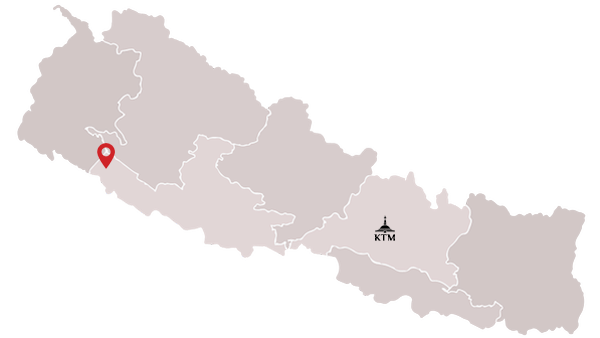 A guided wildlife safari in Bardia National Park is an experience for all wildlife enthusiasts!
Nepal is the only country in the world, where you can get close to Asia’s fauna on foot, with a guided walking safari. Get back to basics and head into the wilderness with one of our signature safaris, where you can switch off and truly be immersed in nature.